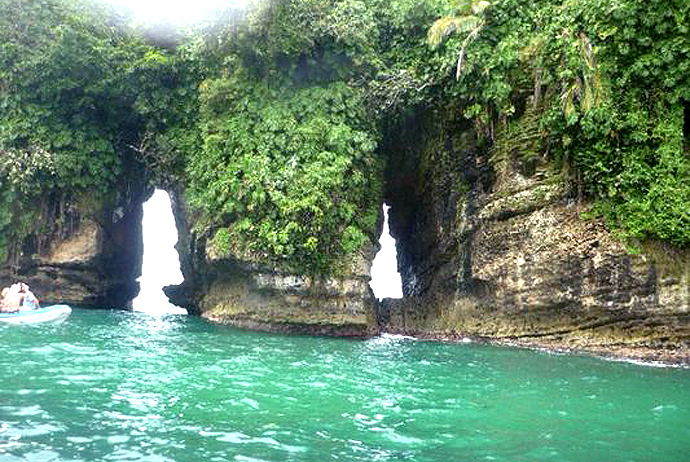 Small Swan Cay has an area of about 300 square meters and is located in the Atlantic province of Bocas del Toro.

Swan Cay is considered one of the most beautiful islands in the country. It was named like that because of its shape: from a distant view, the island looks like a huge bird that is crouching eating.
The Pajaros Island or “Swan Cay” highlights, despite being a rock that is no larger than 300 square meters, by the many species of native and migratory birds that nest in it, such as: bobo bird, pelicans, frigates, some species of doves, swallows and tropical red-billed gull, who spends most of the year at sea and only reaches the Keys to reproduce.
Facing Island Pajaros, there is a coral reef which is the only well developed on the Caribbean coast of Panama. This island is about 40 minutes by boat from Bocas Island, and is a true bird sanctuary. The experience of seeing the range of colors that are reflected in the shining sea while birds flutter in the sky, will be a real refreshment for your soul.