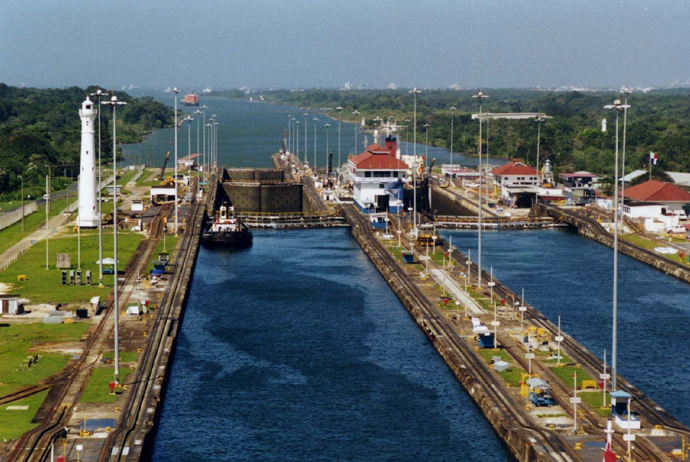 The panama canal was built by the United States. it was inaugurated on August 15, 1914.

After 100 years the Panama Canal remains as one of the wonders of the world and a must for every tourist who visits the Republic of Panama.
The most important piece of infrastructure in the country is by far, the Panama Canal, which was begun in 1869 by the French, although finished by the Americans in 1914.
Thanks to the Torrijos-Carter Treaties signed by the President of the United States, Jimmy Carter and Panamanian head of state, Omar Torrijos Herrera, on September 7th, 1977, Panama received full control of the waterway on December 31st, 1999. Since then the Panama Canal Authority [ACP] is the responsible for managing the canal.
The country invested 5,250 million in the expansion of the Canal. The Panama Canal expansion will allow the passage of larger vessels, known as “PostPanamax” and thus it will generate additional revenues for the country.